foebook.co.uk has been updated today to give people a chance to voice there opinions on whether or not Facebook is a good or bad thing

The site asks the basic question: Friend or Foe?

Users can then add any comments they wish to make which in turn, gets displayed on the site for other users to see.

Why? - I bought the domain name a while ago and put together an app that you log into, make friends, award each other points on friendly actions, take points away for un-friendly actions etc. It wasn't very good.

This small and simple device gives an open place for constructive critisism or just silly comments on what may be the biggest online threat we have ever seen.

I am not sure who invented drag-and-drop but it has been with us I guess since the creation of the mouse. It was something that has never really made it to the world wide web, even though it is done day to day on the desktop.

HTML 5 now adds the draggable attribute allowing a simple method of getting the browser to do something when content is moved around the page. For an example, a list of things that you could move and order in preference.

I have add a little application to the front page of dylanjones.info where you can drag items from my interest bubble into a box which then displays some extra information relating to that item. This particluar example is not the best method to display added content as a click would be just as efficient but I wanted to give it a go.

The HTML for the draggable items is simply:

The "dropbox" is defined as:

Then javascript and jQuery does the rest:

To summarise: you add draggable=true to elements you wish to drag, on drag you trigger an event, make a dropbox or use an image or something that then triggers an event ondrop - easy peasy.

I have taken this journey twice each working day for this last academic year (2009/10). I wondered how many miles and hours I have spent on the big blue buses. 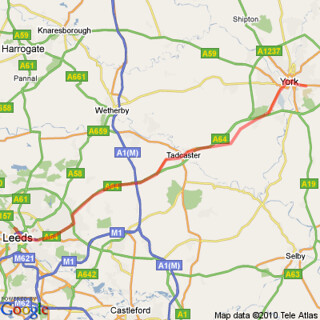 This total distance covered is equivalent to just under the distance between London, UK and Sydney, Australia

Final percentage for you: the time I have spent on the bus is equivalent to 4% of my whole year!

URY are delighted to announce STORNOWAY as the headline act for our summer term music event.
2009 saw Stornoway win the 'Best Artist' award at BBC Radio 1's Big Weekend, play alongside the likes of Dave Grohl and Jay Z on 'Later with Jool's Holland' and receive the honour of playing Glastonbury's famous Pyramid Stage. Towards the end of 2009, Stornoway were announced as entrants onto the long list of the BBC's Sound of 2010 competition having been selected by a panel of some 165 UK-based 'tastemakers'. So not a bad year by any means.

Visitors to DylanJones.info will have noticed colour! A long awaited feature to the site. Specifically #3399CC and yellow. As I only allow visits from compatible browsers (ie not IE), I have also added rounded borders to the two main sections of the page. This has been implemented by adding:

A nav element has also been added into the top header, currently linking to the 3 main places on the site. I am debating whether to add a more specific A-Z or Sitemap for machines to read alongside humans.

An A-Z may be best suited to go down in the global footer of the site now, along with a search bar of some kind.

The new BBC Homepage has been released today aswell.

With my tastes changing frequently, I change the look and layout of my site quite often. I am going to look into a way of archiving the image of the homepage so I have a record of all the different variants.