The log is available to any application that has the READ LOG permission. This permission is marked dangerous but users are confronted with this message:

Allows the app to read from the system's various log files. This allows it to discover general information about what you are doing with the tablet, potentially including personal or private information.

From what I have seen, that word "potentially" needs to be changed to "most definitely".

On my Samsung Galaxy S2, I found that all my texts and emails were written to the log file in plain text. I even wrote a proof of concept application to read my emails.

I did try and reach out to Google and Samsung about this issue, but after a couple of weeks have not heard anything back.

Google do not seem to be following their own advice that states:

Application developers should be careful writing to on-device logs. In Android, logs are a shared resource, and are available to an application with the READ_LOGS permission. Even though the phone log data is temporary and erased on reboot, inappropriate logging of user information could inadvertently leak user data to other applications.

It was my birthday the other day, yey, Happy Birthday to me and I had a nice surprise from Google.

I thought it was for a famous birthday but on clicking the logo, it took me to my Google+ page! Nice touch, thank you.

I downloaded the pre-beta version of Firefox, named Firefox Aurora. I started experimenting with it and it seemed alright but did not support the range input type which was sad, but then I right-clicked and opened up the web inspector and saw this:

The 3D view of the page structure allows you to pan around and zoom using WebGL. More details are on the Mozilla Development Blog.

20 years of Glasses - A Sample

This is a sample of the numerous pairs of glasses I have been through in 20 years. They are, what I can tell, in chronological order, oldest at back to most recent at front. They have been accumulating in my house. I took them to the opticians today for recycling, they were very grateful. 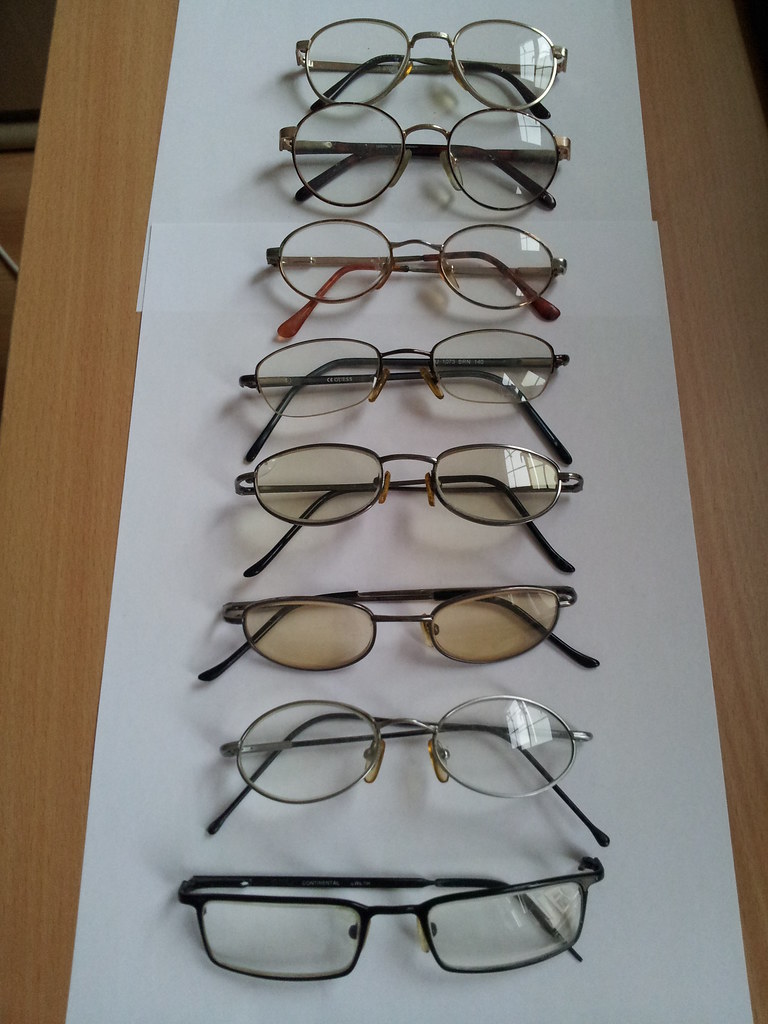 I have found some old audio from when I starred on One Road Travel on The Chris Moyles Show that I thought I would share with you. Goodbye from meeee...