I have been working on a couple of quick projects recently that I thought I would like to share with you. The first one was inspired my my recent trip to India. Myself and Alice wanted to make contact everyday to the UK to either of our families by email or text. It worked out that we both ended up sending a message each so that both sets of parents knew where we were, what we had been up to and more importantly that we were safe.

Looking back at the bill from O2, this did not work out too expensive. I thought there might be a better way, be using some kind of relay service. There does not appear to be anything designed for travellers in this respect so I thought, that seems like a fun thing to make.

I have not officially launched it yet but am thinking a closed-beta release due to the limit of texts that can be sent via the O2 API (20 a day).

If you are interested in giving this product a go then hit me up on twitter @dylan8902 or email dylan@dylanjones.info

The second little project answers the question: Is My Train Delayed? - very simple use of the National Rail live departure board API but a lot easier to use than their website and at a cool domain. 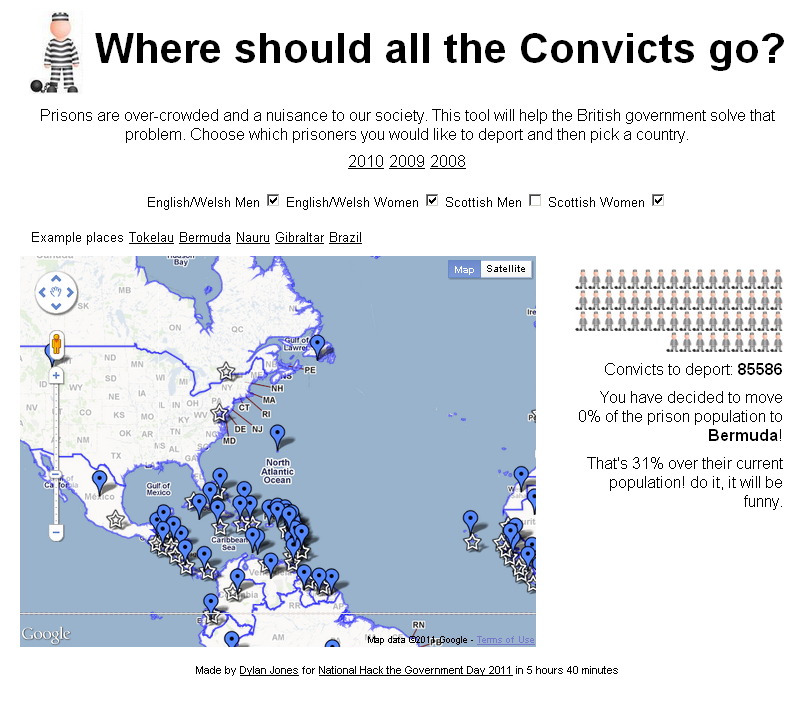 The coat is coming along. The VDU in the arm is fitted along with the two scrolling buttons. 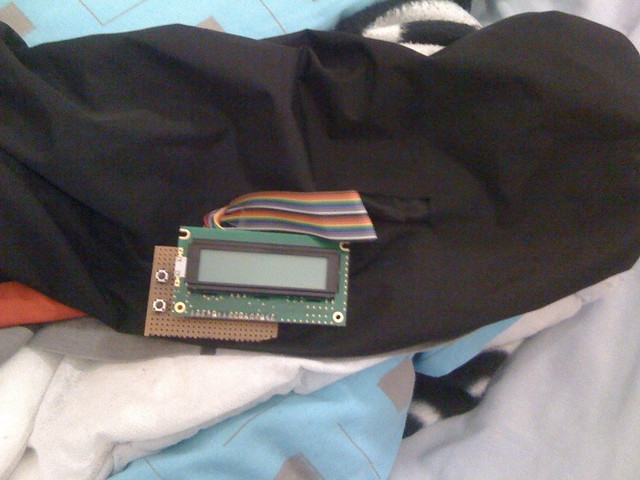 This semester, I am working on the Arduino Platform to design and make an embedded system. We have been given free reign (as long as Dr Evans things it's do-able within the time limitations) to make whatever we like.

In the labs, we have been learning the basics of the platform, getting familiar with the IDE and code libraries. 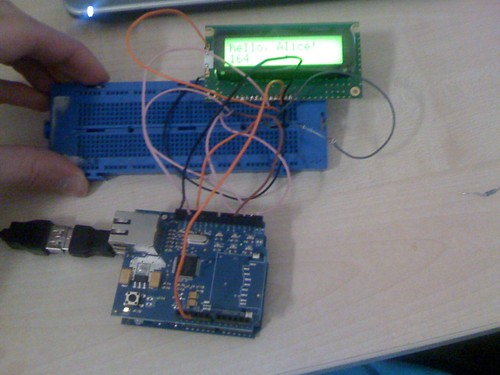 My first idea was some kind of remote control doing various things, but then I remembered my Electronic Clothing idea I had last year! So, I am currently toying with this idea: 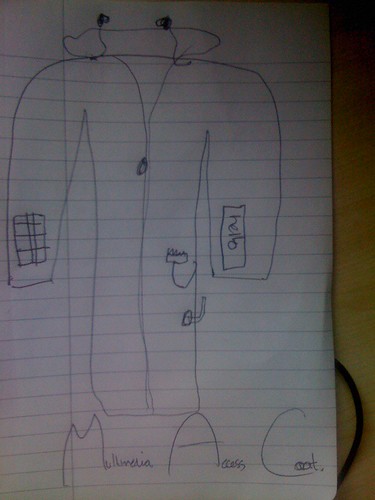 From the fantastic sketch, you can see I am hoping to have a screen and keypad in each sleeve, earphones, possible connected to an iPhone dock type thing, temperature and wind sensors, GSM receiver (so that you can text the coat), maybe GPS?

Although in the early stages of development, I have invested in an £8 coat from Primark. 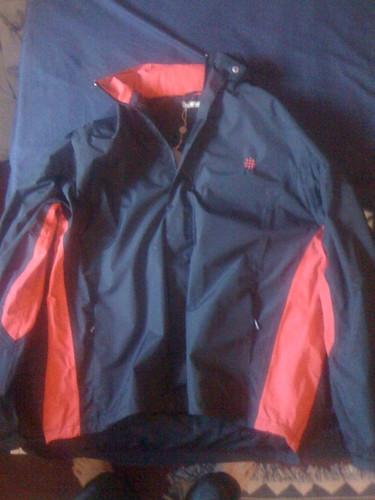 I have almost completed the Mobile Applications module. Code is submitted, tutorial is written up and poster made. All that is now left to do is a presentation on Thursday.

As promised, I am sharing what I have done with you.

You do need background knowledge of iOS development and a basic understanding of the key frameworks.

The full code is available as well to see. If you have a Mac with xCode then feel free to build and use the application. You will need to edit a couple of properties before, feel free to get in touch if you need help.

This is the poster that gives a brief outline of the application along with some screenshots. 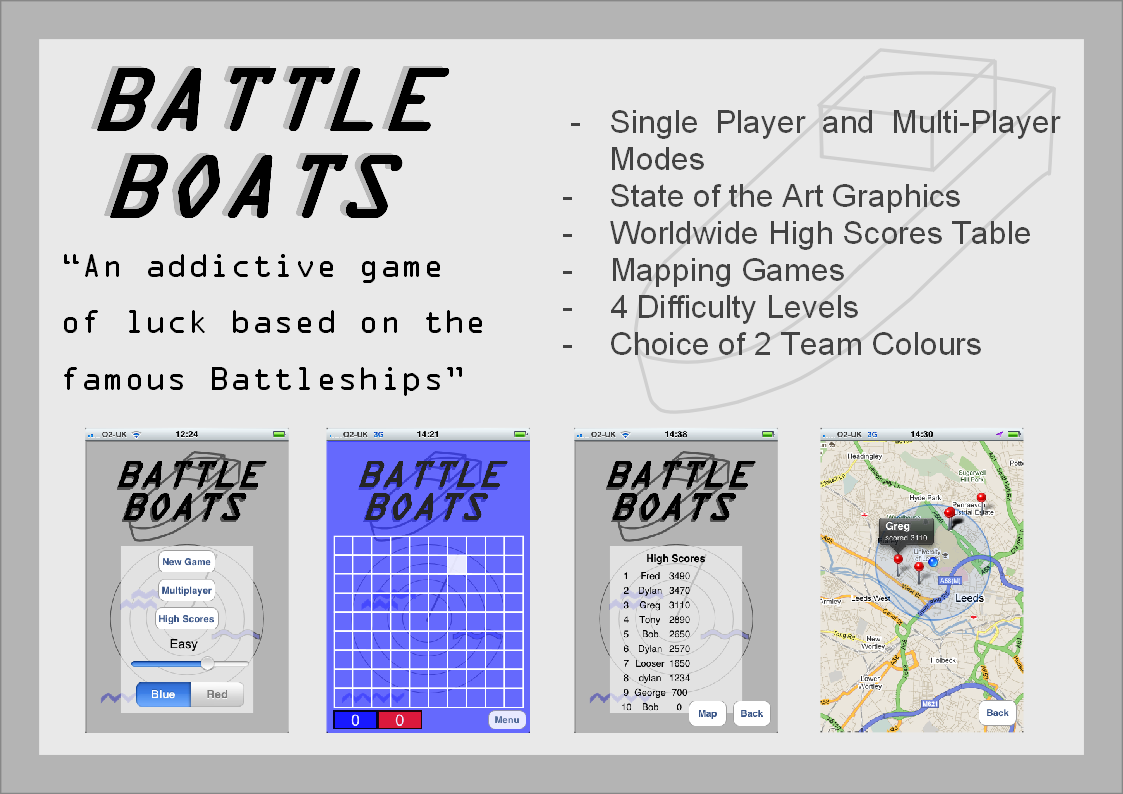